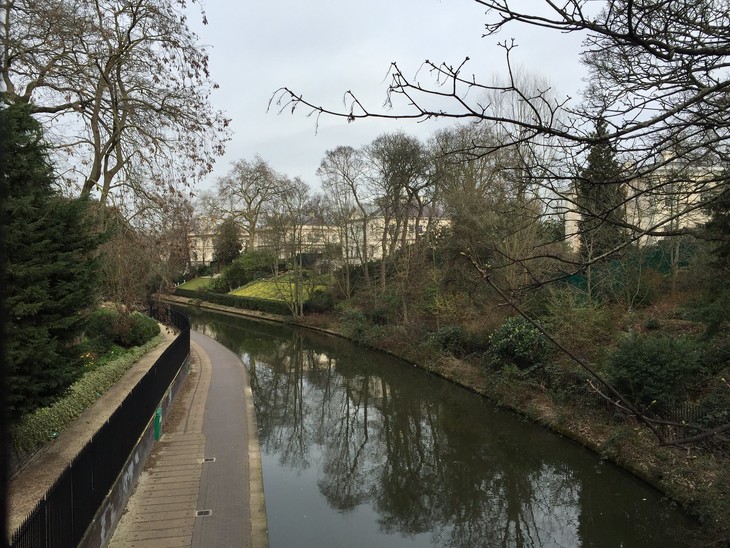 On 1 August 1820, the Regent’s Canal was officially opened in grand style.

Several horse-drawn barges, bedecked with flags and bunting, carried members of the Regent’s Canal Company and a group of shareholders. Two military bands played as they headed towards the Regent’s Canal Dock (now Limehouse Basin). At City Road Basin a gun salute was fired. And a large crowd had gathered to witness the events. Numerous working barges laden with coal, timber and building materials followed the flotilla.

Once at the Regent’s Canal Dock, the official party then disembarked and headed, by coach, to the City of London Tavern for a well-earned celebratory dinner. Getting the canal to completion had taken eight difficult years. 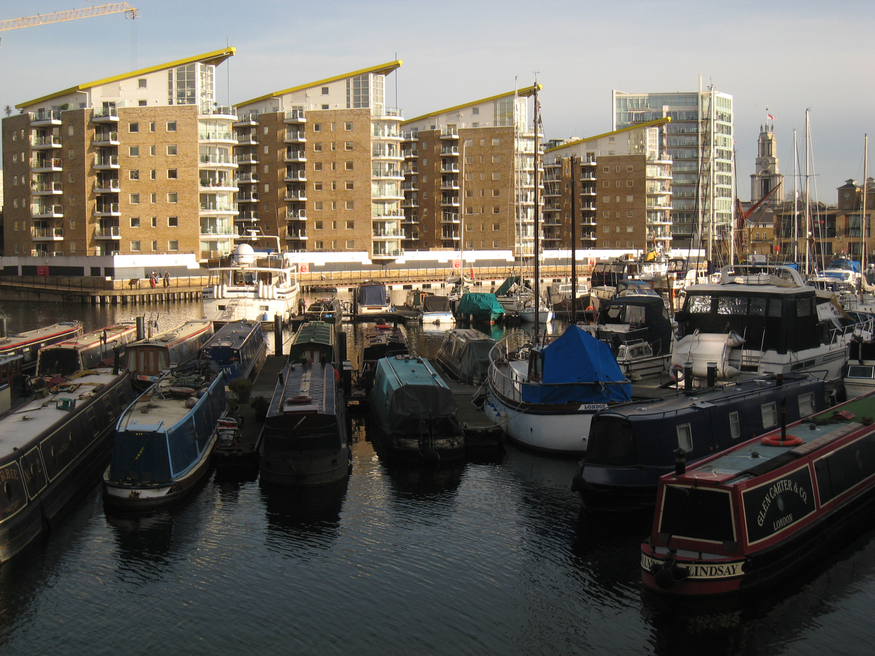 The Regent’s Canal was a relative latecomer in the scheme of canal building. In 1761, the Bridgewater Canal had opened to carry coal from the mines in Worsley, Lancashire to Manchester. It was the first commercial canal to be built in Britain. Soon industrialists saw the benefits of being able to move vast amounts of heavy items, albeit slowly, over long distances and very soon a large network of canals was constructed across the UK. Finally, in 1801, the Grand Junction (now Union) Canal reached Paddington.

But this was the end of the line, as now all materials brought into London by canal had to be transferred on to horse-drawn vehicles, in order to reach the centre of the capital. In the early 1800s, the East India Company had opened a new inland dock by the Thames and the amount of merchant shipping in the river was growing. So a need clearly existed to create a further canal between Paddington and the Thames.

Thomas Homer was a man with a vision. He planned a canal link from Paddington Basin to the Thames at Limehouse, but he had few financial resources to see it through. That was until 1810, when the architect and planner John Nash heard of Homer’s plan and integrated it into his plans for the soon-to-be-created Regent’s Park. The Regent’s Canal Company was formed and work on the canal commenced two years later. After numerous setbacks both legally, over the acquisition of land, and financially, the canal was completed in 1820.

A map of Regent’s Canal

When the Regent’s Canal first opened, 90% of the route to Limehouse was through open countryside, as this was well beyond the city boundaries. Many engravings of this period show the canal surrounded by farms and woods. As London started to grow quickly in the nineteenth century, warehouse, wharves and factories, attracted to the canal’s transportation capabilities, soon appeared on its banks.

Despite competition from the newly arrived steam railways, the amount of tonnage moved by canal increased throughout the nineteenth century. Horse-drawn barges could carry very heavy loads cheaply. Coal was a common commodity shipped along the Regent’s Canal and several gasworks were sited along the canal banks (at King’s Cross and Haggerston) to take advantage of this cheap power supply. 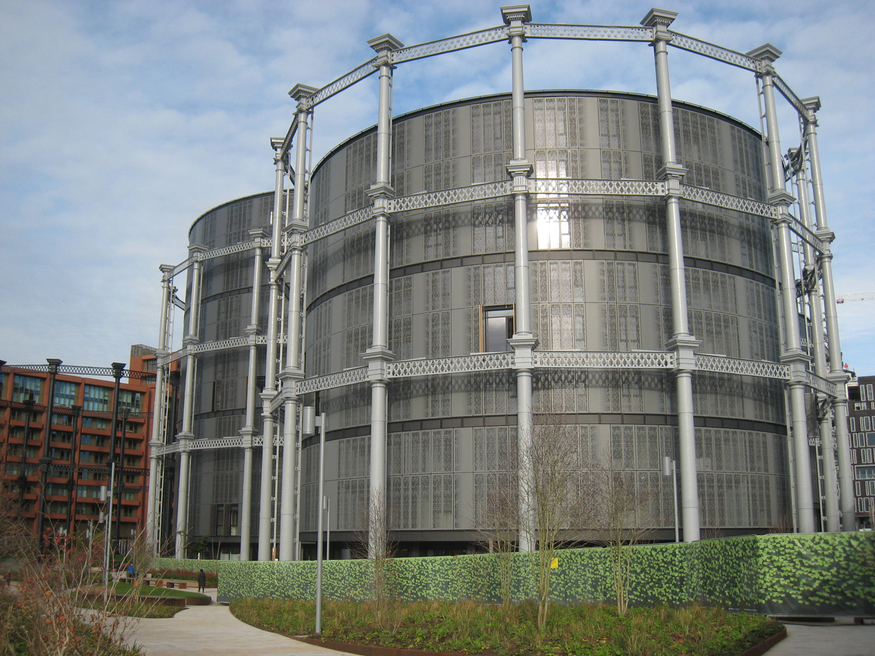 It was the advent of electricity and motor vehicles that saw canals across the country go into decline. By the 1960s, the tonnage moved along the Regent’s Canal had diminished to such an extent that it was no longer viable and it closed to commercial traffic in 1969.

From towpath to footpath

With the general decline of the canal, the towpath too fell into disrepair. These had never been designed for public access. However, through the actions of local boroughs and the then Central Electricity Generating Board, the towpaths were restored. Local councils recognised the towpath as a useful thoroughfare for cyclists and walkers. The CEGB needed to run 400kV cables from its St John’s Wood substation to the East End. Normally this would have involved digging up major thoroughfares but instead they laid their cables under the towpath (and used water from the canal to cool the pipes). The towpath has become an 8.5 mile ‘super-highway’ for pedestrians and cyclists, connecting north and east London together. 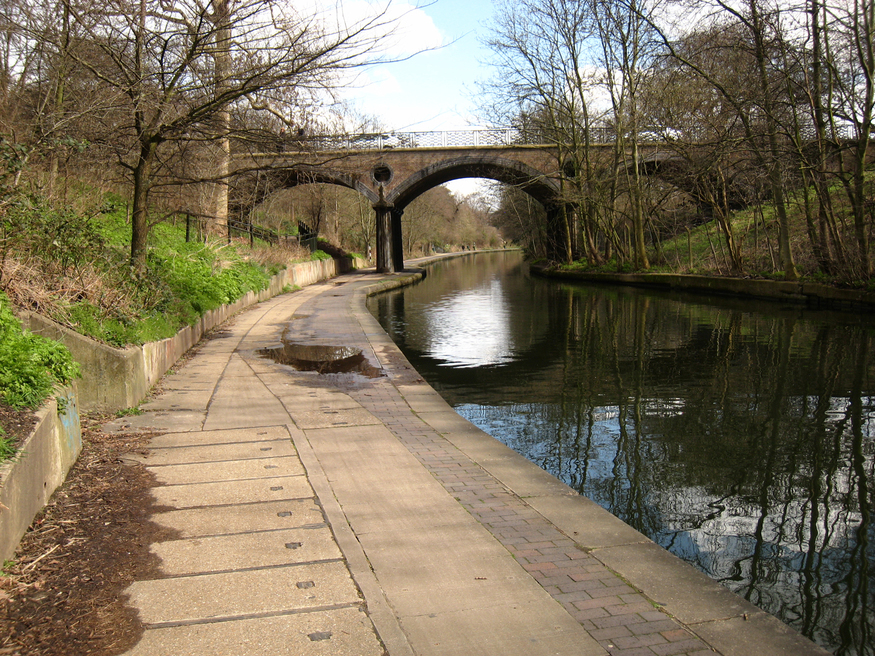 Once very few would want to live close to a smelly, industrial water highway. However, over the past twenty years or so, as the need for more residential space has grown in London, many developers have converted industrial warehouses or built new apartments along the canalside. The canal moorings have also provided alternative living space for barge dwellers, often with barges having to double moor in places due to the high demand.

Two hundred years on, the Regent’s Canal has seen a renaissance. Its grimy industrial legacy has been converted (and protected in places) into an essential thoroughfare, providing great ways to see parts of the capital from another angle.

David Fathers is an author and illustrator of The Regent’s Canal (Frances Lincoln). Follow him on Twitter @TheTilbury. 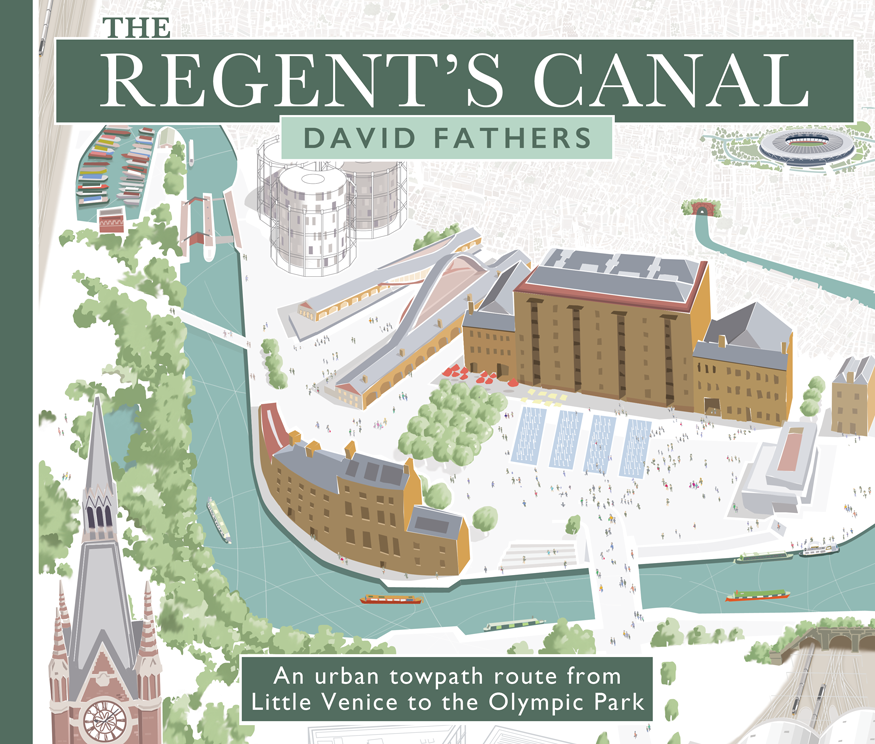 All maps and photographs © David Fathers 2020

Anthony Minghella's Madam Butterfly Is As Jaw-Dropping As Ever