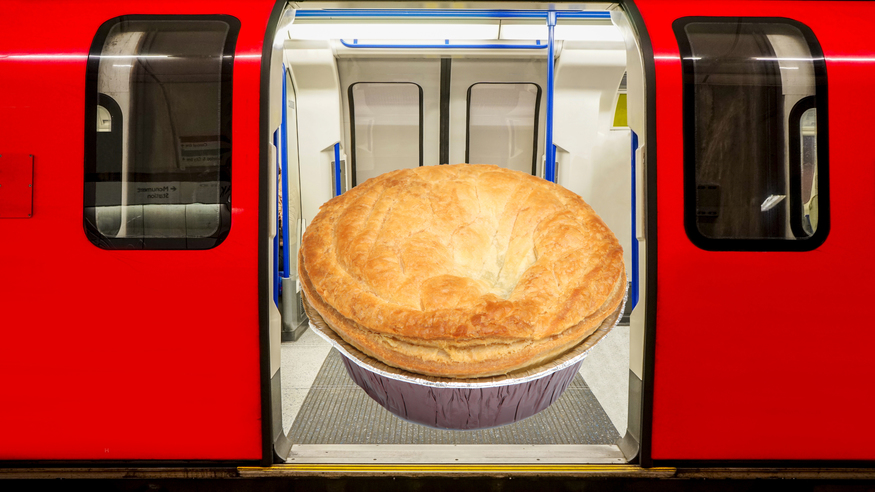 This was once a thing. Pie: not actual size. Make your own Pie-cadilly line jokes. Original images: Shutterstock

There is a tantalising nib from the Clitheroe Advertiser and Times from Friday 29 November 1940. The headline runs: ‘Meat Pie Train.’

A tube train pausing at platforms to dish out hot pies, sausages and other such goodies sounds like a dream you wouldn’t want to wake up from. Briefly, though, such trains were a reality. And they happened during one of the darkest times in London’s history. 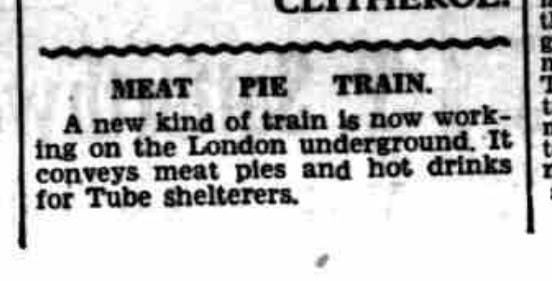 Tube Refreshments Specials came about in the Blitz of 1940-1. The trains were loaded up with fortifying comfort food, which was then doled out in the early hours to up to 10,000 Londoners who’d crowded onto the platforms of the city’s deep-level stations.

According to The Little Book of the London Underground, up to seven tons of food  — and 2,400 gallons of tea and cocoa to wash it down with — were dispensed. The staff were from Lyons (of Lyons’ Corner House fame); and the food was a comforting array of hot soup, pies and sausages. 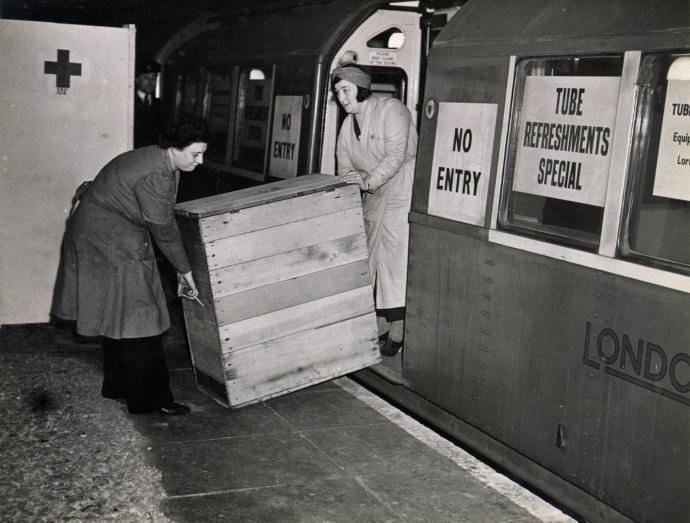 A Refreshments Special is loaded up, ready for action. Image: London Transport Museum

An article in the Dundee Evening Telegraph from 10 December 1940 describes ‘six special refreshment trains, 134 canteen points on platforms, 600 electric boilers and ovens and a new staff of 1,000.’ As the book Blitz Families says:

Food was delivered to depots at the end of each tube line and tube refreshments were then taken by train to special service points on each platform. [It] was the most organised and consistent food distribution service ever to be provided during the Blitz.

Famously, the government was initially reluctant to let Londoners shelter in tube stations at all – worried they might create a nation of troglodytes (as well as fall foul of direct bomb hits, which did sometimes happen). As the true horrors of aerial bombing became apparent, though, around 80 tube stations became shelters. 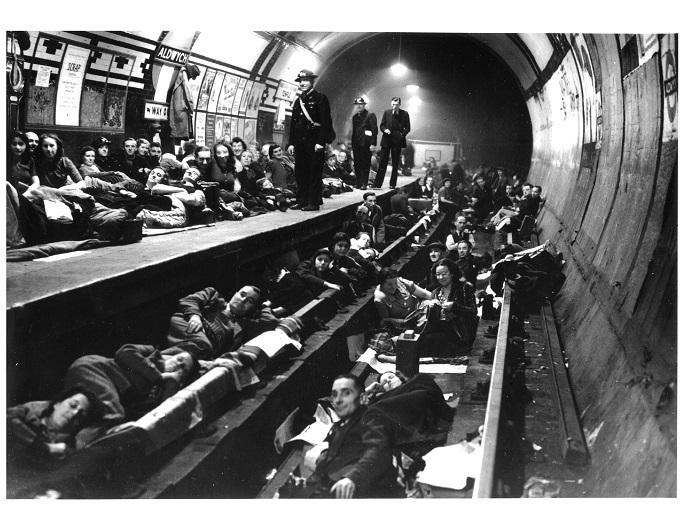 Conditions could be cramped, scary and miserable, but the ‘Blitz spirit’ wasn’t a myth: there were ballroom dancing classes, makeshift libraries, movie nights — even George Formby showed up for live gigs.

Feeding the masses with British comfort food was another way of keeping morale up (and bellies full).

Of Medicine And Women: The Welkin At National Theatre