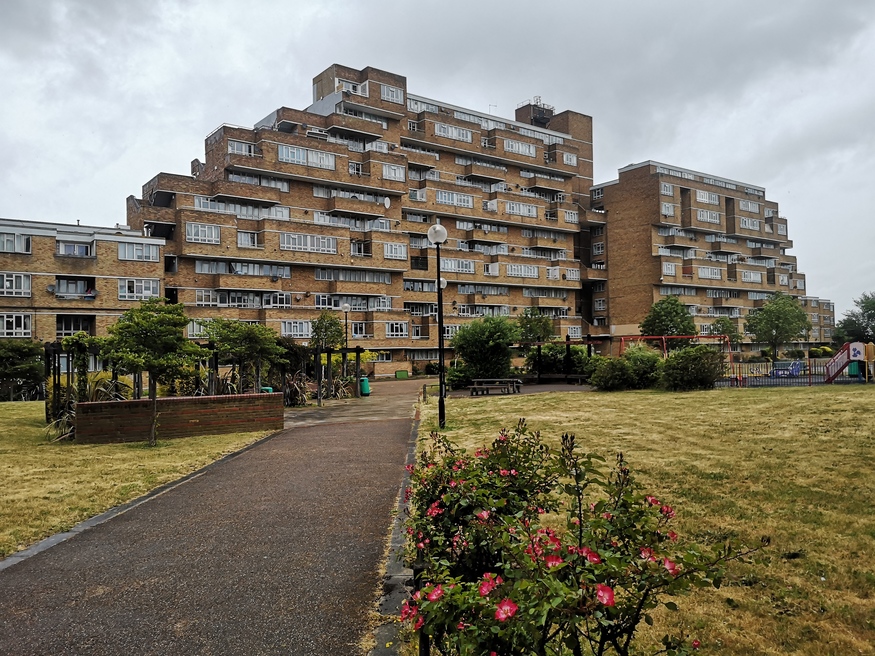 From Dog Kennel Hill in East Dulwich, you can sometimes make out in the far distance, what appears to be a modernist castle or ziggurat floating on the clouds. Walk towards it and it gradually reveals itself to be Dawson’s Heights — a council estate of almost 300 homes, built between 1964-72. 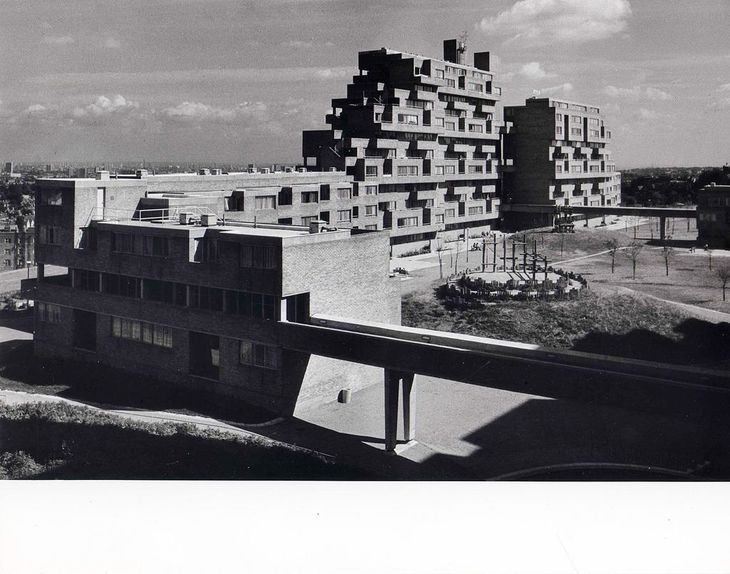 Though not as well-known as some of London’s other post-war housing estates, Dawson’s Heights is a landmark building. It was built in the wake of the Parker Morris Committee, which outlined new standards of living space for public housing. 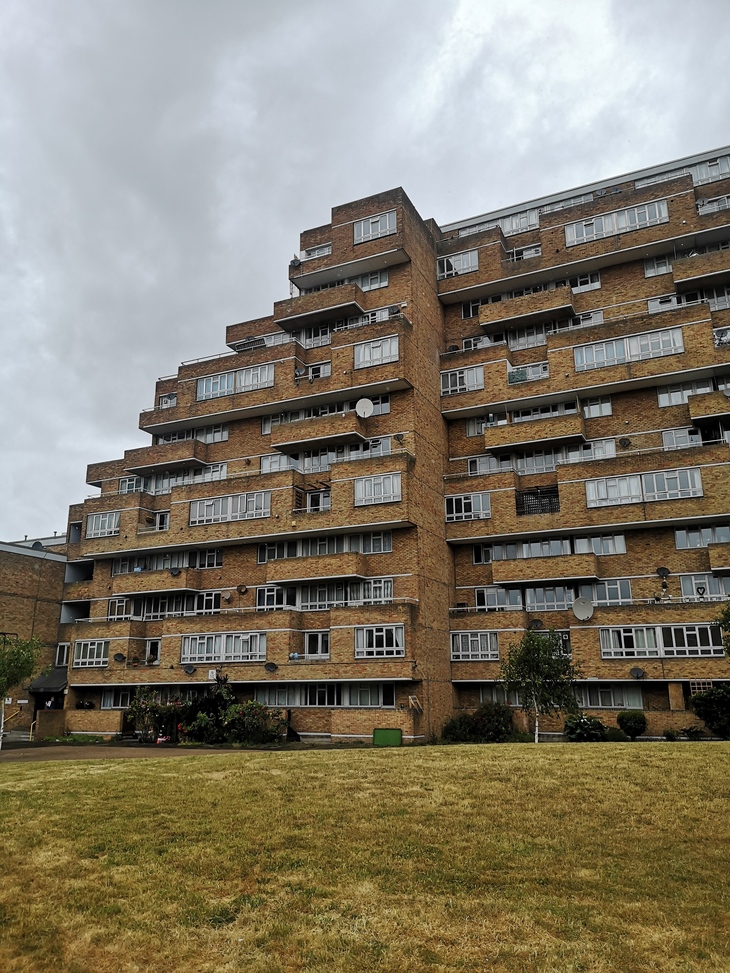 They don’t make ’em like they used to. Thanks in part to Thatcher. Image: Londonist 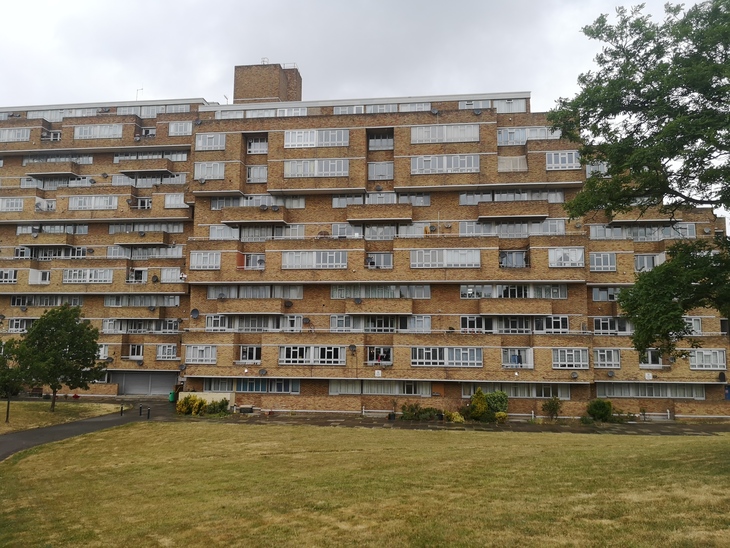 Designed by a then-26-year-old Kate Macintosh, Dawson’s Heights goes above and beyond. Each flat has its own private balcony. Cars are relegated to the outside of the building, creating a green sanctuary within. Flats either overlook this courtyard — with rose beds and play equipment — or out towards the City, where the horizon increasingly bristles with high-rise silhouettes. 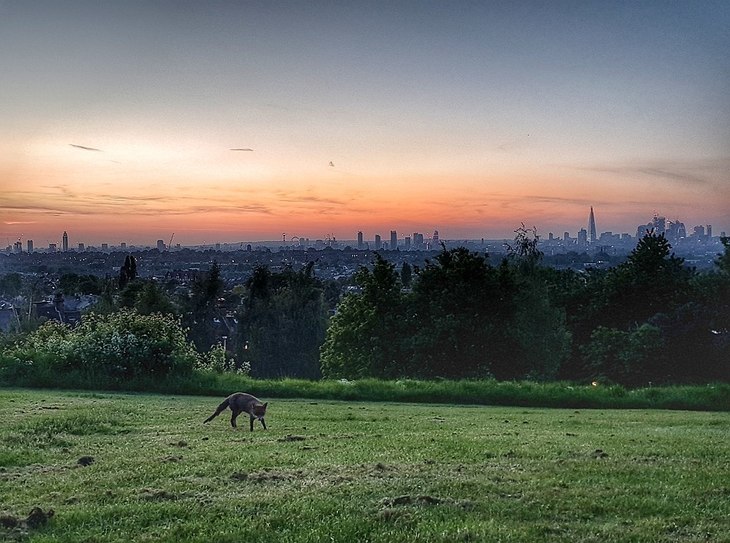 The view from Dawson’s Hill in 2018. Image: Mpilcher84 in Creative Commons

In recent years, some of London’s great housing estates, including the Heygate in Elephant and Castle and Robin Hood Gardens in Poplar, have fallen to the wrecking ball. But though not listed, Dawson’s Heights has been immaculately kept, and is beloved by its lucky resident community. 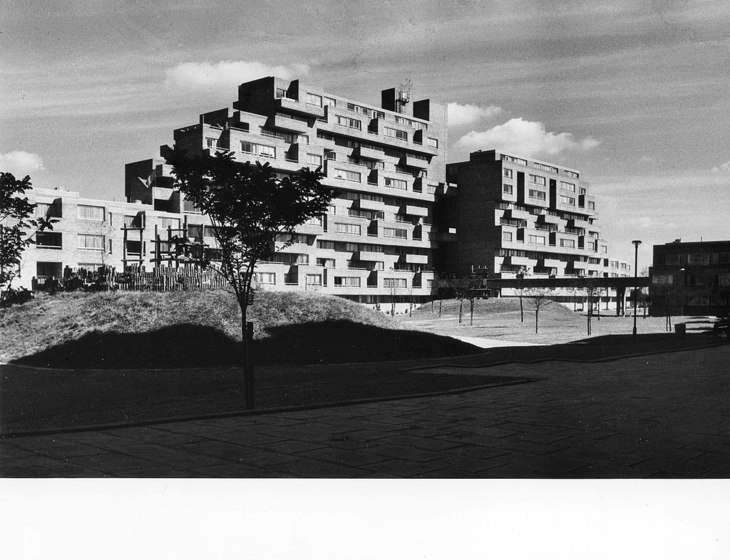 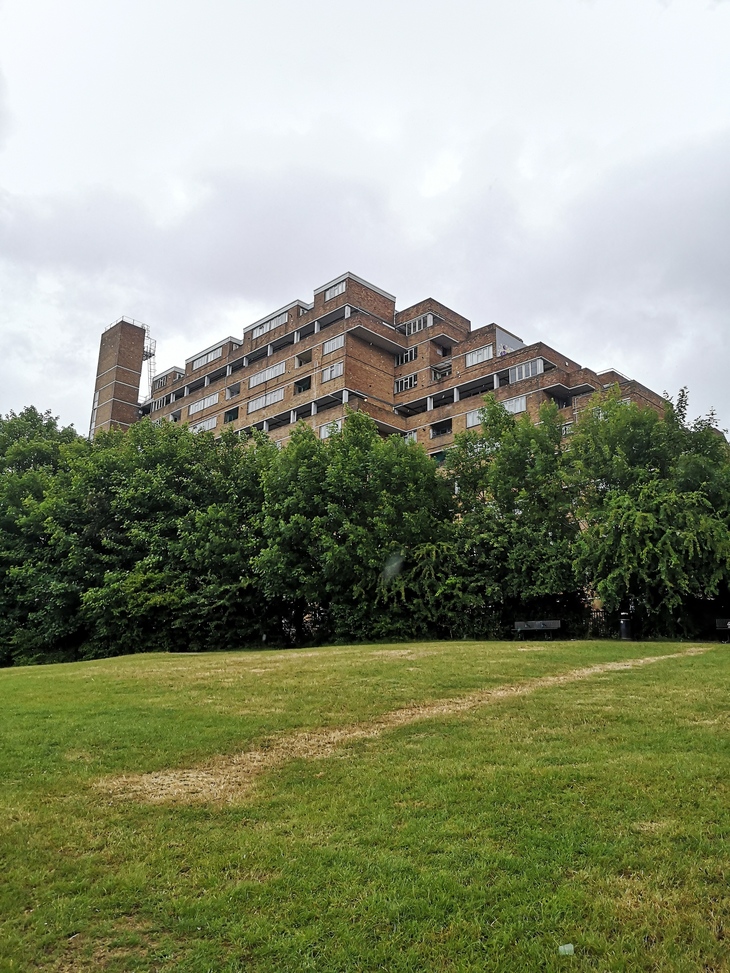 Which begs the question: why doesn’t London have more estates like this?

Macintosh appeared on a 2019 Channel 4 documentary about the rise and fall of the UK’s council estates. In it she explained how people living in private accommodation close to Dawson’s Heights started to complain that the quality of living was better for council tenants. Private developers were being shown up — and they pushed prime minister Margret Thatcher to ditch Parker Morris standards.

In short, Dawson’s Heights was just too damned successful to be repeated.

Excellent Ideas For Things To Do In London On Mother's Day