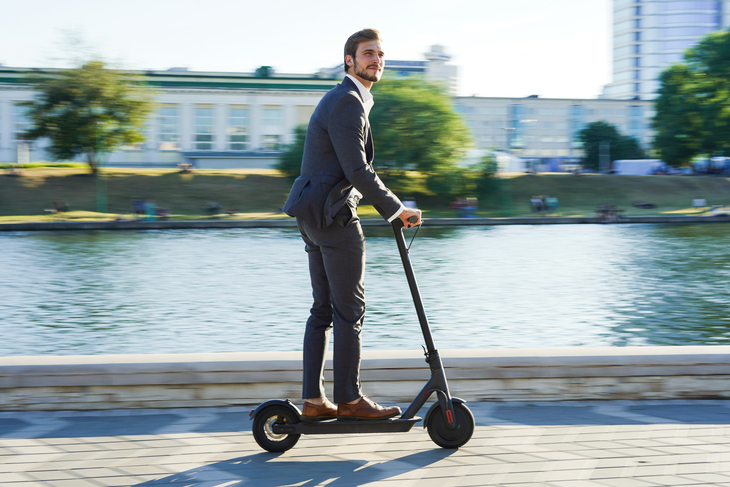 You can do this legally from Saturday 4 July. Image: Shutterstock

You can legally ride an e-scooter on the streets of London from this Saturday (4 July).

Although e-scooters are already a pretty common sight in the capital, until now, it’s actually been illegal to ride them. Now — in part thanks to an increased need for people to get around without using public transport — the government is introducing a 12-month trial of e-scooters on the UK’s roads.

Rules that come with the new legislation include: you can’t go any faster than 15.5 miles per hour (a speed that is not condoned by the RNIB); and you cannot ride on paths.

Another rule states that e-scooters must be rented from companies (riders will need to hold a full or provisional driving/motorcycle/moped licence). Privately owned e-scooters are still banned from roads.

As this legislation has been rushed through, companies such as Spin, Tier, Lime and Bird — who ran an e-scooter trial in London’s Olympic Park — are now be scrambling to work with local authorities to get schemes up and running. So although e-scooters can now officially be rented, it’ll be a little while longer before they’re widely available.

Londonist recently looked into alternative methods of getting around the city in the wake of a lockdown, including Swegways and Solowheels.

Dine With Your Dog At Hello Darling This March