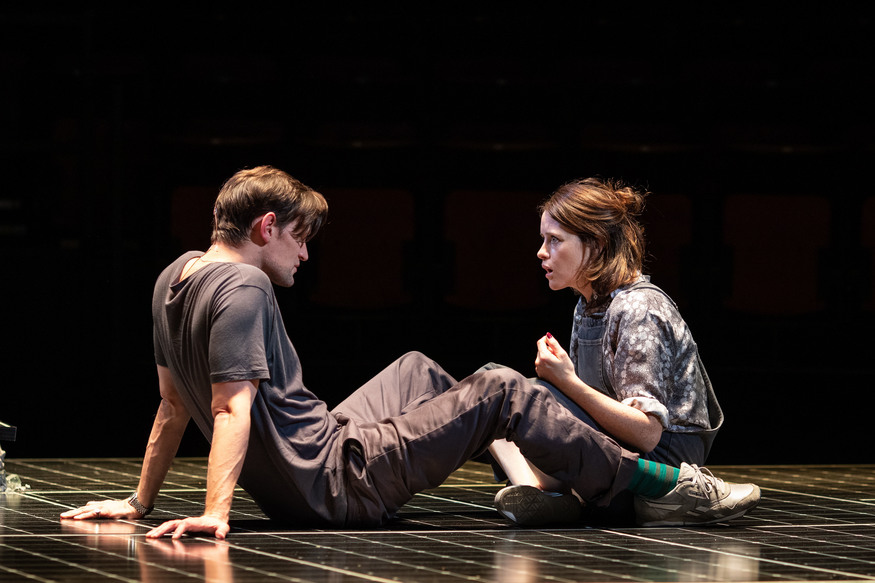 “I could fly to New York and back every day for seven years and still not leave a carbon footprint as big as if I have a child. Ten thousand tonnes of CO2. That’s the weight of the Eiffel Tower. I’d be giving birth to the Eiffel Tower.”

On the night of 16 March 2020, London’s West End theatres took a collective bow and closed their doors to the public. Over three months later, the Old Vic has opened up again (albeit via Zoom) for their new In Camera series and its debut live production, Lungs.

This latest take on Duncan Macmillan’s two-hander is starkly sparse (a bare stage opposite a vacant auditorium), a situation which only enhances the emotional chemistry between Matt Smith and Claire Foy. Throughout, the pair show an incredible intensity and intimacy, no doubt helped by their time starring opposite each other in The Crown and last year’s revival of this play at the same venue. 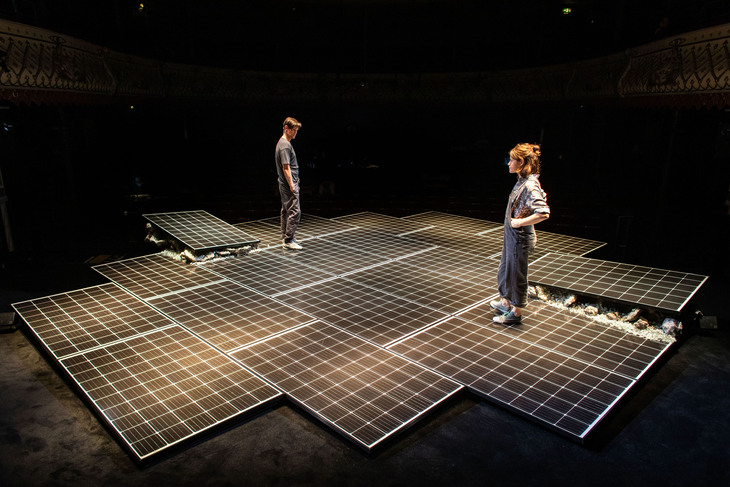 Almost a parody at times, Smith and Foy play a happily-attached mid-thirties couple more conscious of the environment and world affairs than each other’s deepest needs and desires. They both desperately want to be (and be seen to be) “good people”, recyclers and cyclists who put the planet’s future before their own. If overthinking was an Olympic sport, these two would be podium favourites.

This clichéd paradise is fake news, though, and, soon enough, we get to watch this mismatched duo struggle to decide whether to have a child, a struggle that rocks their relationship to the core.

Lungs certainly isn’t an easy watch, even over Zoom where there may be occasional temptations to hide behind a sofa or look anywhere but at the screen. With echoes of Patrick Marber’s Closer, many of the scenes feature epic levels of verbal brutality but, schmaltzy final scene aside, Foy and Smith elevate this play into something as beautiful as it is heart-rending.

Lungs continues until Saturday 4 July after which the In Camera programme will continue with a series of rehearsed play-readings, all streamed live from the theatre’s stage.

Londonist paid for its own ticket.

Are These London's Most Beautiful Restaurants?

Things To Do Today In London: Wednesday 26 February 2020