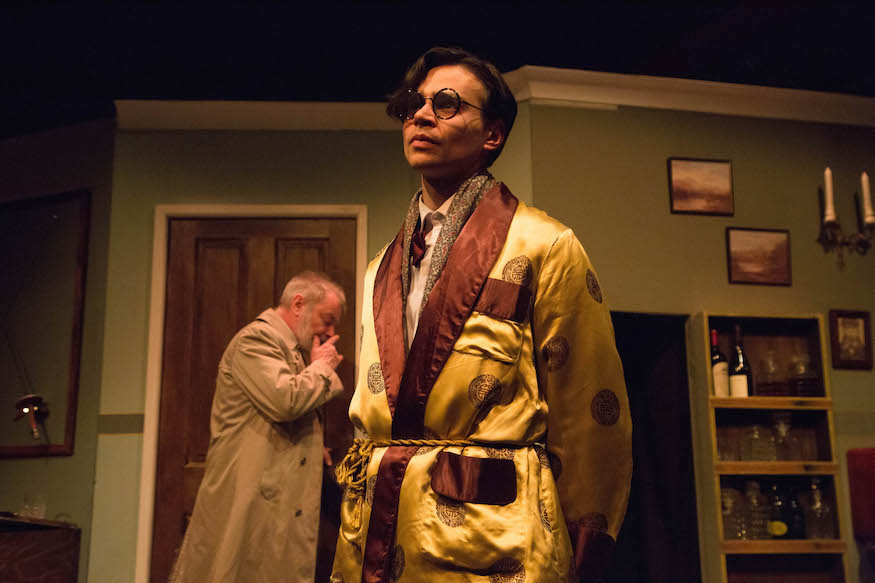 Corpse is a black comedy thriller written in 1983. But its setting on the eve of our last King’s abdication speech combined with flashes of Wildean wit mean it could easily qualify as a classic that’s been languishing on a shelf somewhere. Perhaps writer Gerald Moon was inspired by humour from days gone by.

It takes its time warming up. In the long first half we’re lulled into a stupor, although a pleasant one, in the colourful and decadent company of actor and part time thief, Evelyn (Tom York). Beth Colley’s set is an Aladdin’s cave of props, Edwardian dainty cutlery and even a real stove, where the host is frying actual onions. The purpose is to acquaint ourselves with Evelyn who charms us and his coquettish landlady (Felicity Duncan), who acts as a weird surrogate mother, and an Irishman who Evelyn convinces to kill his twin brother. 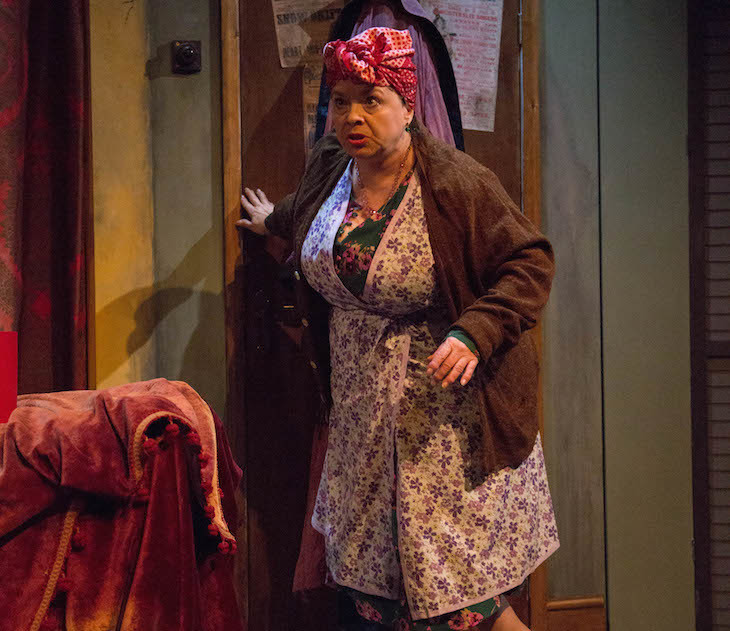 The second act is sharper and more twisty — where the murder plot becomes beset by blunders by the Irish Major Powell (Paul Kemp) whose staring eyes are both cold-blooded ex-military instinct and empty headedness. As the bodies pile up, Powell can’t seem to keep track of who it is he’s killed and neither can we. 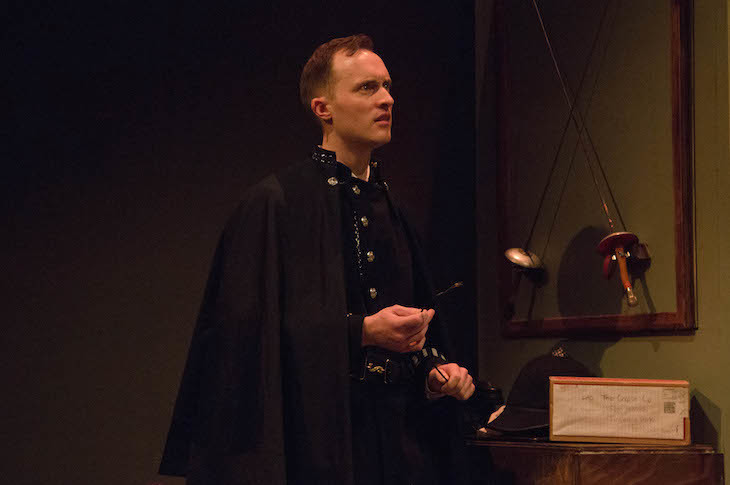 Not so much as whodunnit, as who’s been done. If you’re not a fan of slapstick, that’s fine — the comedy isn’t just physical but clever too, so each discovery is pleasing as well as funny. Plus York has charisma — a young actor who we’d like to see play Hamlet (a character he as Evelyn/Rupert apes) one of these days.

The show could be pacier if the first half was edited a bit. But with a murderer this charming, it just about gets away with taking its time.

9 Seaside Towns In Kent To Visit From London