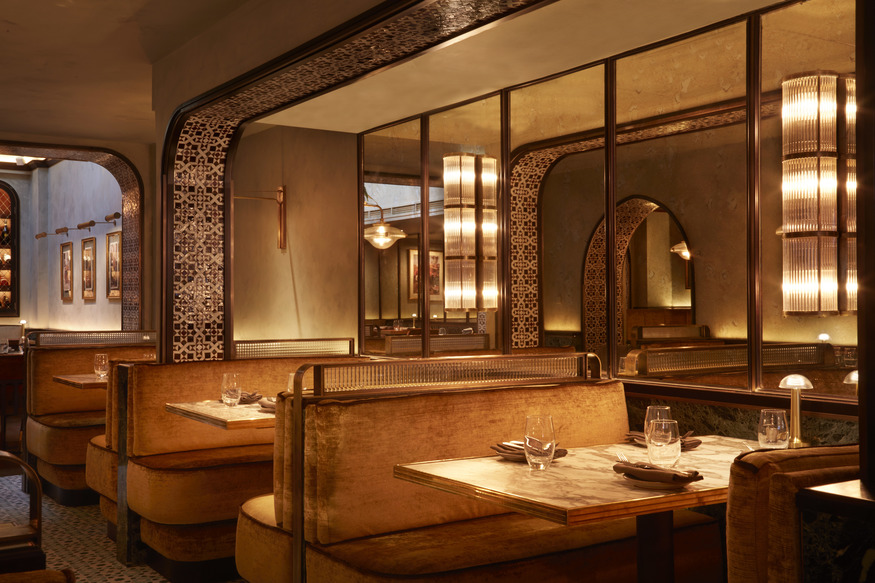 The most vital facet of selecting a restaurant is the food. More specifically does it taste good? If a restaurant jumps that hurdle, then there are a myriad of other ways to judge an eatery, it all depends what you’re after. One such? Aesthetics. These are the restaurants in London that are feasts for the eyes as well as your mouths.

A Fitzrovia townhouse that’s done a very literal glow-up, Ben Tish’s new restaurant is a golden-lit, burnished-metal dream of a date night spot. Moorish tiling, velvet booths and curved archways — along with some amazing aubergine-tomato-citrus-salty cheese smells curling through the air — make this place maybe the nearest thing you can get in a London winter to a Sicilian summer evening. Read our review here. 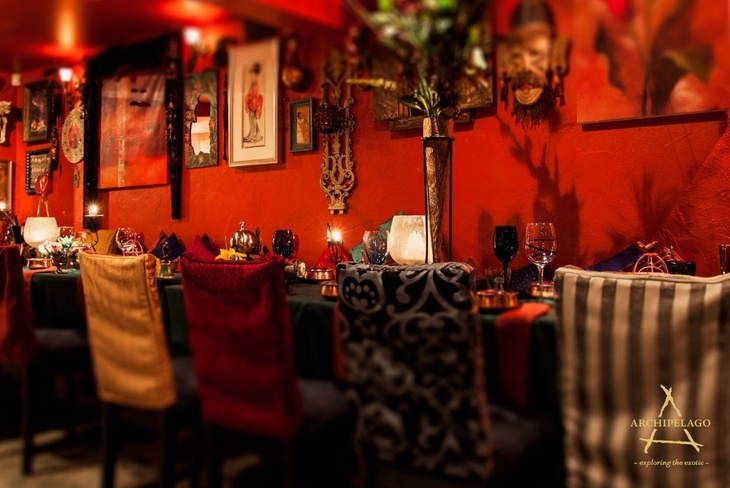 They’re more famed for the menu than the decor at Archipelago, but the interior’s exotic in its own right — eat your insect salad or cured snake meat amid a wealth of red silk, gold ornaments, palm trees and peacock feathers. The mishmash of styles and unmatching furnishings (just about) keep all the velvet, silks, and the fact you’re probably seated in a gilded throne from tipping over into full-on kitsch. Big ancient Persian imperial-war-tent vibes. 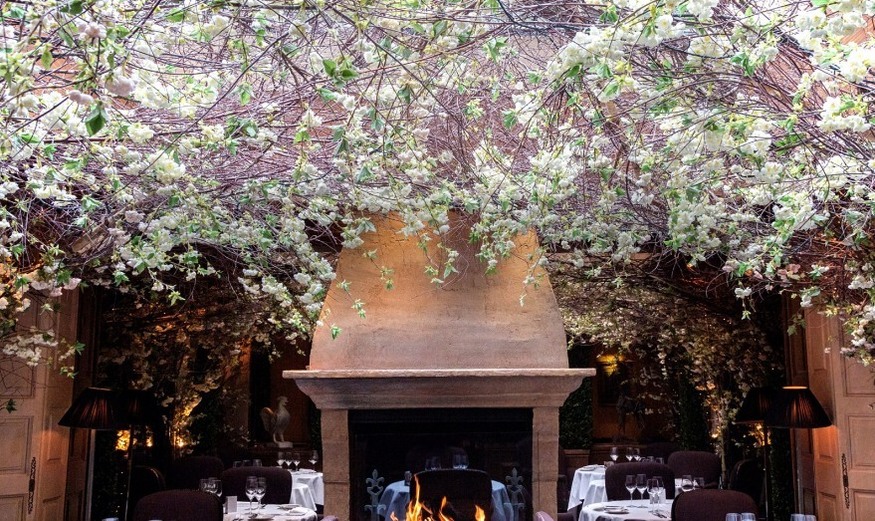 This French favourite’s seen its fair share of proposals. Though the restaurant itself is nice enough — all warm lighting and oil paintings — it’s the conservatory that hopeful suitors are going to be aiming for; trellises groaning with flowers over the ceiling and archways.

Much to love about this south London not-for-profit. Not least the remit, which has them channeling all their revenue back into community projects. Likewise the food, with hearty, soul-warming all-vegan cooking at ridiculously low prices. Honestly. Like, comedy double-take low for this food. But on top of that, it’s a beauty — walls scattered with chaotically hung Van Gogh prints, and a massive Starry Nights-inspired ceiling mural arching above your seats.

Like Gloria, Circolo Popolare’s low-irony, high-fun sister in Shoreditch, the second London restaurant from Big Mamma Group’s bringing a lot of Seventies razzledazzle to Fitzrovia. Strewn with fairy lights and trailing plants, sundaes and flaming cocktails, this is a rowdy house-party of a restaurant that sounds like Too Much, but for a chaotic good time is just about perfect.

Once upon a time this was a Baptist church. These days L’oscar, now an opulent, jewel-toned peacock of a hotel, lends itself more to debauchery than saintliness. Mirrors, butterflies and golden birds sprout from every available surface; the main room’s a sea of dark purple swag curtains and velvet armchairs with the occasional gleaming patch of marble or gilding. Fervently and relentlessly lavish. 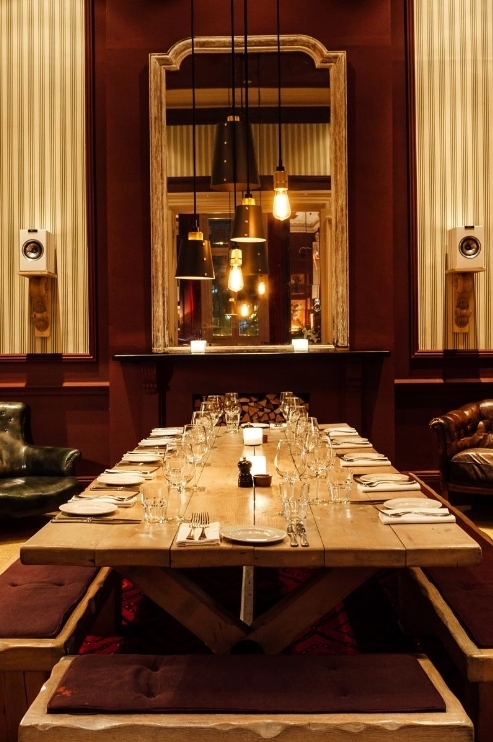 The Oak’s beautiful all over, though if you’re willing to give up the run of the full menu in the downstairs gastropub, try Upstairs at the Oak for the tapas menu and even prettier — and more informal — bar. With the dark red curtains drawn and people settled into the sofas, it feels more like the drawing room of your country estate than a London pub. 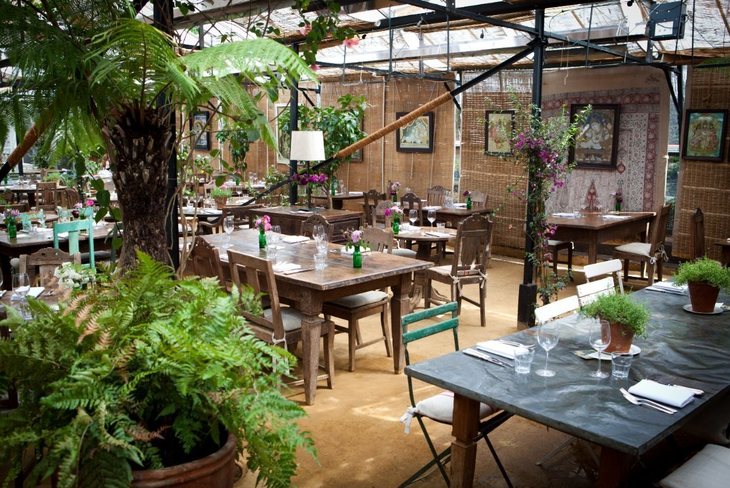 Lots of restaurants in London are doing the Outside In thing to good effect — the garden-conservatory at Blixen and the Salon at Spring are also good places to get a fix of foliage indoors — but Petersham Nurseries have been doing it for longer and with a more relaxed feel than most. It’s only open for lunch and tends to book up way ahead thanks to the prettiness of the flower-covered space, and the big-name chefs it attracts. 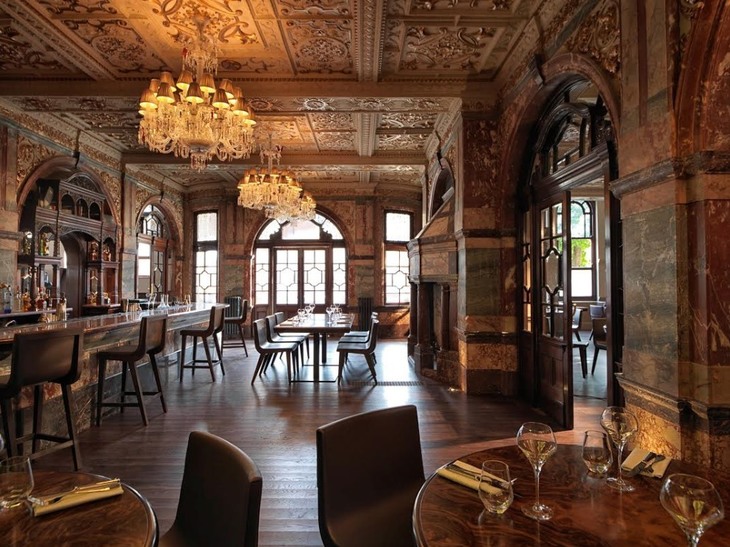 It’s alright, this gastropub, isn’t it? You know, if you’re into that whole spectacularly ornate, Grade II listed building thing. If you’re into somewhere the chandelier light bounces off the high windows and gilded mirrors, and turns to a dull glow on the dark wood of the walls and the heavy leather furnishings, you could do worse than this pocket of splendour, a few streets away from Lord’s cricket ground. 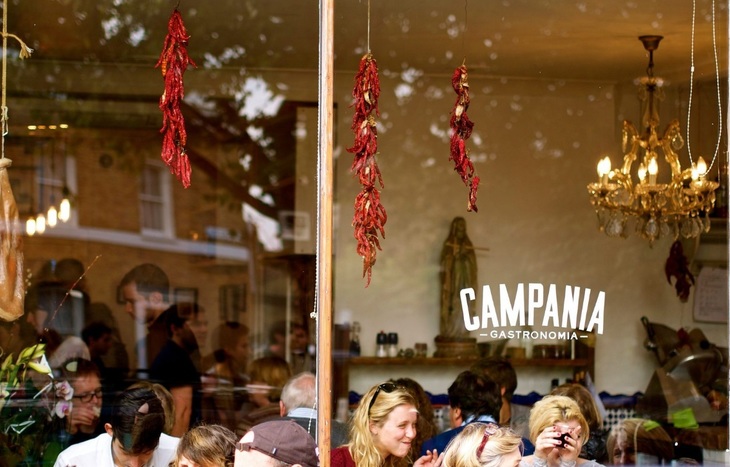 Relatively hard to find, even harder to leave after — in contrast with some of the places we’ve covered here, this small Italian restaurant is less about grandeur, and more about slightly faded, shabby loveliness. Down a narrow Bethnal Green side street, it’s beautiful inside and out in an unassuming, faded wood, bare bulbs and candlelit glow sort of way. 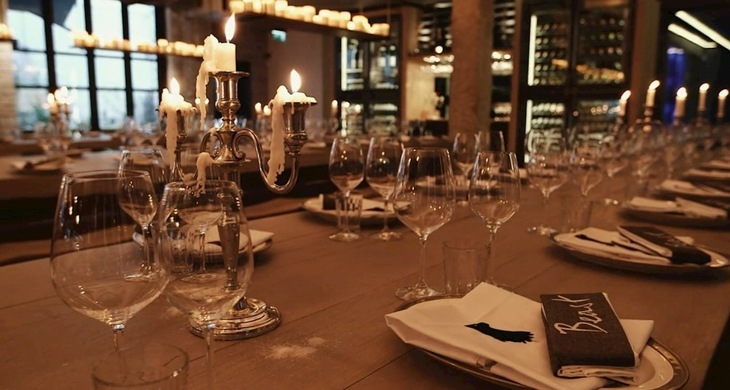 The menu at Beast isn’t for everybody. Or for every day: man cannot live by crab and Angus steak alone. But the restaurant’s something special, with its candlelight and warmth and long, wooden tables. There’s a definite Game of Thrones, banqueting-hall-of-your-ancestors feel but without the undercurrent of simmering violence. All of the savagery here is happening to the enormous plates of meat and seafood. 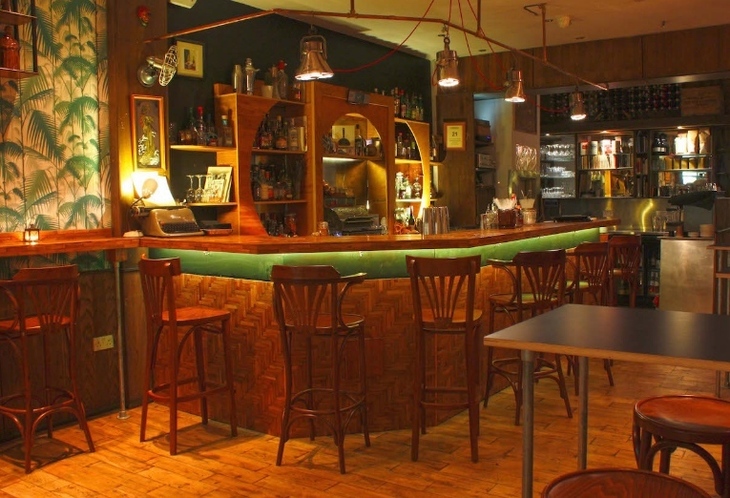 Victory Mansion’s beautiful like your cool friend’s living room’s beautiful — just about within reach, if only you started being good at collecting interesting objets d’art and scraps of palm-fronded wallpaper. Or started investing in art deco lacquer and dark wood and dark green leather furnishings. You’d also have to get great at making dystopian-themed cocktails and incredible bar snacks. So, so much easier to just accept you’re not going to do any of that and start going to Victory Mansion instead.

Pass Over Is Not To Be Passed Up

Where To Eat And Drink Near The Tower Of London